Hypocrities in Nigeria should Shut Up 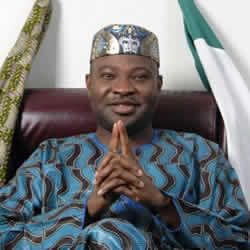 Gentlemen of the Press:

It is a source of joy for me that you are opportune to watch how elections are conducted in a civilized country.  You came, you saw, you wrote, you dialogued with people all of which could be summed up that you have come to take a crash course in the conduct of elections.  With this practical crash course, which is more educational than the one that Speaker Dimeji Bankole took at Harvard, you are expected to be at home with my views on the reaction of the Nigerian hypocrites and opportunists to the historic victory of Barrack Obama, the President-elect of the United States and to the systems that produced Obama.  I will start with the greatest hypocrite named Olusegun Aremu OkikiOla Obasanjo.

The coup that snuffed life out of General Murtala Muhammed on February 13, 1976 forced General Olusegun Obasanjo on Nigeria.  Since then, hopes have been dashed and dreams have been killed. He conducted the most corrupt and widely rigged elections in the annals of Nigeria in 1979 and got worse in 2003 and 2007.   General Obasanjo covertly and overtly interfered in the 1979 elections to dash the hopes of the black race. He made a public statement that Chief Obafemi Awolowo, who was wiser, more experienced than Barrack Obama, with track records of achievements was the best candidate in Nigeria but he would not win the presidential election. Can you imagine President George Bush making such a reckless statement about Barrack Obama that Obasanjo is celebrating today?

The feeling of hope and change that Chief M.K.O. Abiola engendered through his “HOPE 93” campaign for the presidency of Nigeria in 1993 represented a significant theme of hope and change Nigerians aspired and fought for. Alas! Obasanjo colluded with the enemy of Nigeria to annul the election, and then colluded with the Western world to poison and assassinate the winner of the freest and fairest elections in Nigeria. I telephoned General Olusegun Obasanjo before the assassination of Chief M. K. O. Abiola to intervene; Obasanjo told me that he would abuse my father and great grand father. Thus, Obasanjo and his fellow enemy of progress prevented the realization of the crossing of a Rubicon that was considered impassable and almost inconceivable in a country where religion has been used to destroy the psyche of citizens.  Two Muslims contested and were accepted by Christians, Muslims, and traditional worshipers – yet Obasanjo colluded to nip our hope in the bud.  As we were about to forgive him for the electoral malpractice he encouraged in 1979 because of his age then, the man proved worse as he got older. In 1999 and 2003, Obasanjo who did not depend on the votes of Nigerians and was afraid of being out debated refused to debate with his fellow presidential candidates. This is a man who hates positive changes and now celebrating changes in foreign land.

During his term as an imposed President of Nigeria and when another election was approaching, a calamity befell Lagosians when a bomb blast killed a lot of our young chaps among whom might have been “Obamas”.  Obasanjo visited the location with mammoth crowd that were wailing and crying because of the loved ones who were killed in the bomb blast. Like a bared face President who knew he did not need their votes to be reelected or rigged into Aso Rock, he told the bereaved relatives to “shut up, I am not supposed to be here”.  In 2007, he presided over the worst elections in the annals of Nigeria that should have ushered in the change Nigerians desire.  He subscribed to the notion that his Party would rule Nigeria for sixty years whether Nigerians like it or not.  He told Nigerians that 2007 elections are “a do or die affair”.  The thugs in his party heard his call and unleashed terror on many Obamas.  I was attacked three times with my colleagues matchetted and shot at. Within his party, members were killing themselves because they knew PDP ticket was a ticket to sudden acquisition of wealth. You wonder why the word “Africa” did not cross the mouth of President-elect Obama’s mouth during the campaign and even after his landslide victory.

Obasanjo did not feel that Nigeria needed a positive change that would have formed an anchor on which our Hope cursor would hang.  He injected filthy air of hopelessness, violence, unconstructive and uninspiring leadership into the already stale and fouled atmosphere of Nigerian economy and political campaigns.  While he and his fellow PDP men were the only ones allowed to freely campaign on school fields, no opponent was allowed to campaign on any school field or auditorium.  He instilled fear in our people to the extent only the PDP campaign rallies could citizens go unmolested.  How could an opponent’s campaign rally have drawn an electrifying movement like Obama did throughout the world?  If flow of electricity has been as erratic as Obasanjo made it to be in Nigeria, would he be able to watch Obama on television to make the most hypocritical remarks about Obama’s victory?  How could there have been a development that would have enabled him to marvel at providence in an “Obama’s” journey to the lowest not to talk of the highest political height in Nigeria?  Obasanjo simply killed the spirit and movement that would have been for the good of Nigerians that are crying for change to make the country fairer, peaceful, equitable, just, cooperative, friendly, brotherly and responsive to the deafening yearnings of the poor, the oppressed, and the vulnerable.  Since the very day that Obasanjo accidentally took charge of the affairs of Nigerians, he has always killed our ability to move from realms of dreams to reality.  Even though Obasanjo said that “hope is the only thing we freely give to ourselves and it is the only thing that we are left with when all else has been taken away,” Obasanjo’s rare opportunity to rule Nigeria for 11 years took our hope in addition to everything else.   He made everything beyond the reach of the teaming masses, except those colluding to ruin Nigeria including Andrew Young. In his naked ambition to receive Nobel Laurent, he gave Bakassi out in the most unconstitutional manner.

I was amused when I read that Professor Oluwole Soyinka poured libation because of the victory of Obama in the U.S., when in Ogun State, we could not conduct a simple debate that would have produced an Obama.  Instead of being frank with the imposed Governor of the State, Gbenga Daniel, he recognized an embarrassingly intolerant governor as a complete gentleman and the best governor.  While Daniel housed and gave vehicles to the members of the Election Tribunal hearing his case and the Attorney to the rigged-in governor in Osun State was having discussion with the Chairman of the electoral tribunal in his state, Shoyinka refused to condemn Daniel and chose to go after the lesser of evil.  The fact that terrors were unleashed on the opponents of Gbenga Daniel, among whom might be an Obama, did not concern Professor Soyinka.  How would he pour libation for the enthronement of hope and change in his country in his lifetime?   Shoyinka, an Egba Chief, was dead silent when Daniel forced the Alake of Egbaland to prostrate before him just because Alake exercised his right as a citizen to complain about bad roads in his environment. Shoyinka did not wonder that if Alake complained about the bad roads in his environment and the governor threatened to depose him, wasn’t that why the lives of Lanre Banjo and other opponents of Daniel were being threatened? Shoyinka never wondered how he could celebrate changes in his local government, not to talk about his State or Nation, yet they are all hypocritically celebrating a nation that recognizes its ills and is working to cure them. What a nation people with elders in whose lives Nigeria is sliding?


ROLE OF JOURNALISTS IN ELECTION

I have no doubt that all of you who came in from Nigeria to observe the just conducted presidential election, equally observed the role of Journalists in the United States.  First, the government instituted infrastructures that would enable the roles of Journalists.  Flow of electricity is uninterrupted. Secondly, the poor of the poorest have televisions in their various homes. Radios are available for citizens to freely express themselves without anyone molesting them, journalists and the owners of the radio stations.  Journalists took their jobs seriously by researching and fairly comparing what candidates stood for. You watched both Senators John McCain and Barrack Obama got on each others’ nerves and then used maturity and understanding to embrace one another. You saw how Senator McCain snatched a microphone from a citizen at his rally when she was about to call Obama a terrorist. You heard that the aunt of the President-elect, who is alleged to have been in the United States illegally, became an issue and Obama simply called on the Authority to perform its duty in accordance with the law.  The aunt has since been issued a deportation order and her attorney is working hard to defend her.  Unlike Nuhu Ribadu or Farida Waziri, the Department of Homeland Security did not consult with either President George Bush or the President-elect before doing its job. All these you have learned in the United States.

There is no doubt in my mind that Nigeria produces some of the best journalists in the world.  The extraneous circumstances you work under are quite understandable, but for the interest of your children, I encourage you to do more.

Thank you so much for your time.