Govs,ACN,chiefs,others in ikenne for Awolowo 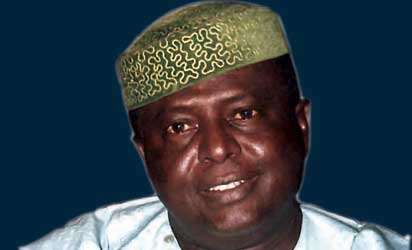 Eminent personalities in the country have continued to condole with the matriarch of the Awolowo dynasty, Chief (Mrs) HID Awolowo, over the death of her son and Publisher/Vice-Chairman of the African Newspapers of Nigeria (ANN) Plc, Chief Oluwole Awolowo. Those who visited the family’s residence in Ikenne, Ogun State, on Friday, included governors of Ondo and Ekiti states, Dr Olusegun Mimiko and Dr Kayode Fayemi. Former governors of Ogun, Osun and Lagos states, Chief Olusegun Osoba, Chief Bisi Akande and Senator Bola Tinubu, also visited the family.

His death is painful, irreparable —Lanre Banjo
By Olayinka Olukoya – Abeokuta
Former governorship candidate of the National Conscience Party (NCP) in Ogun State, Mr Lanre Banjo, has described the death of Chief Oluwole Awolowo, as a painful and irreparable loss.
Banjo, in an electronic message to the Saturday Tribune in Abeokuta, the Ogun State capital, said the good people of Ogun State are deeply grieved by his demise.

“It is with deep sense of loss and emptiness that I received the shocking news of Chief Oluwole Awolowo’s demise. His loss is a painful and irreparable one, and has definitely further created an irreplaceable vacuum in Papa Awolowo’s dynasty. “Given the struggle of the late Chief Obafemi Awolowo for the masses of our country, those of us from Ogun State are uniquely and deeply aggrieved by this loss. “

While I wish him a deserved rest and pray God grant the family the fortitude to bear the loss, I advise state governments to invest heavily in health sector. Prevention is better than cure. In a country where all rulers run away to foreign countries for medical care, the led will have no choice but to be experiencing untimely death,” he noted.
PDP faction mourns