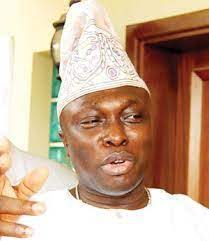 My E-mail jammed after some people were unable to reach me by phone. Otunba Dipo Dina is dead! Shivering consumed me.  I called him several times no one picked up the phone. That my brother, my friend and my colleague in the struggle who joined with me and a few others in shaking Gbenga Daniel to his foundation has been successfully gunned down is incredible!  For exposing those looting the treasury of Ogun State, Gbenga Daniel had him arrested.  He was beaten and locked up by a vagabond in power in a local government in Yewa. Arabirin’s Statement  Ha! My brother’s life has been terminated.  I know PDP members are deadly, and I know that once it appears that a political party could find itself in power in Nigeria, assassination through any means is feasible. I just don’t believe that Dina could be taken out even before any primary approaches.  What is in stock for all of us as we approach 2011?  Dipo, be rest assured that I will not give up until our state is liberated from the claws of thieves, killers and the sole breeder of cults who labeled himself “a Lion.”

To my fans who have reached out to me to mellow down as the most vocal opponent of Gbenga Daniel’s misrule, please be rest assured that assassination of Dina has added to my challenge.  Fear is not in my dictionary.  I am sad, but I am not cowed! My house has been attacked three times. I have been waylaid by PDP thugs.  If my death is in the hands of the PDP thugs, if I run into the same hole where Osama bin Laden is, I would not escape.  It is my resolution to fight on, and I will fight to survive unless if the purpose of my fight is to enrich myself. But, if I am destined to be killed by anyone in the nest of killers, so be it.

I urge the Ogun State Police Command to unravel the misery behind the assassination. As usual, the Governor of Ogun State must not have interest in the case of anyone arrested and innocent people should not be arrested as it was done when I was attacked in my house in 2006 and as in many cases in Nigeria. The Police Command should realize that it was the son of Dina yesterday, only God knows whose son it would be today and tomorrow.  Based on the scenario explained to me, the assassination of Dipo Dina is not a case of armed robbery, it is definitely a political assassination, and it must be exhaustively investigated.

My condolence goes to the family of Dipo and May his soul rest in perfect peace.

My Resignation from NCP,by Ogbeni Banjo